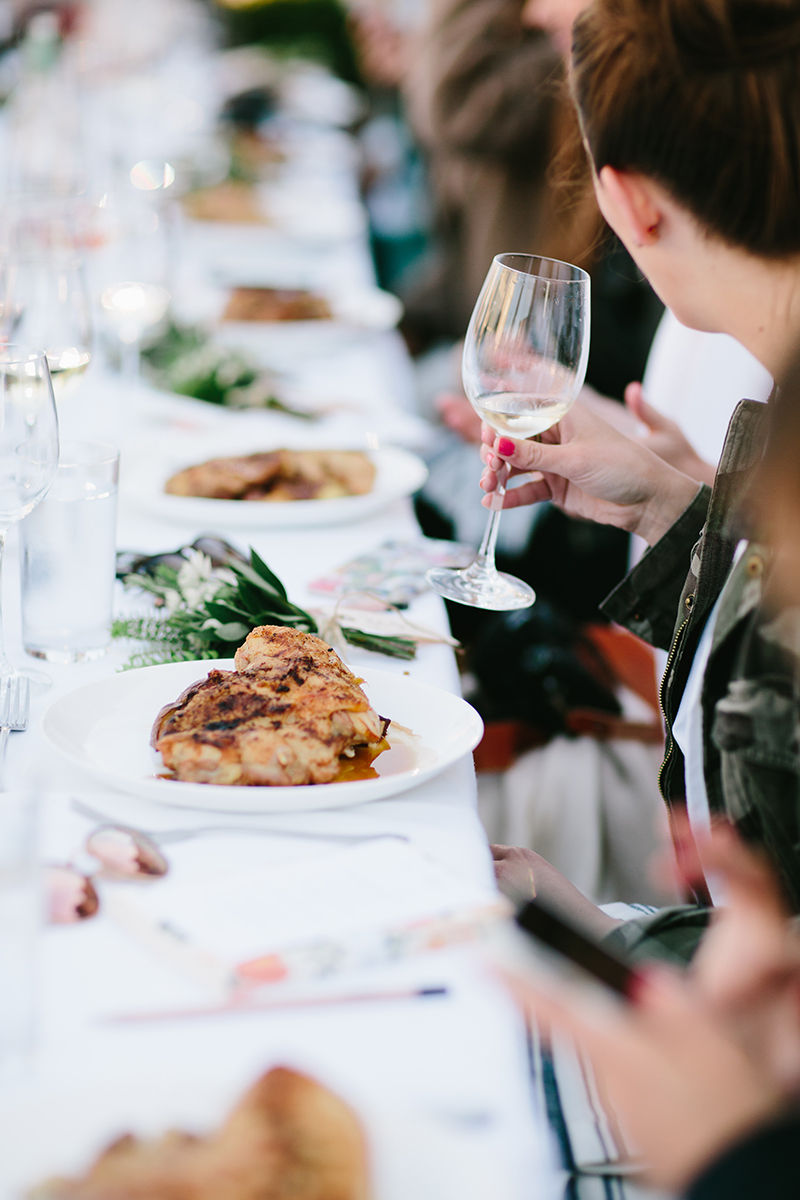 Photo by Katie Kett via The Everygirl

Our elders might consider Millennials a “lost generation” if you will–after all, we’re constantly glued to our iPhones, getting married at 35 instead of 22, frequently job jumping, pursuing unstable dreams over a steady paycheck, the list goes on. We get it, sometimes we’re hard to understand.


But as you and I both know, there are millions of damn impressive twenty-somethings absolutely killing it out there.

Our generation is always seeking new and interesting ways to learn, grow, and develop relationships in general.

Which leads me to today’s topic: networking. Fun networking, to be exact.

You’ve heard me say it before, and I’ll say it again: networking has been (dare I say it?) the #1 key to accomplishing pretty much everything I have thus far in my career. (I have A LONG way to go, so I’m going to be networking my butt off until the day I die.)

No, if you’re wondering, I don’t mean befriending certain people for the sole purpose of getting ahead. Nobody likes those people. I mean, actually developing genuine friendships with those that have the same goals, values, and ambitions.

And one of the biggest trends in networking right now? It’s actually a refreshing surprise: supper clubs.

If you know anything about Millennials (and if you don’t know this, I assume you aren’t one) it’s that our personal relationships are everything, especially when it comes to a work setting. On the other hand, we value freedom, flexibility, and we want to have fun.

So, what’s the background?

Intrigued, I had heard about these cropping up in places like New York and San Francisco, and was itching to check one out first hand. You know what they say, put what you want out into the universe, and it will happen.

And it did. I got an email from one of my longtime sorority girlfriends (you met her here on Instagram) who was connecting me to our friend’s brother, Will. Will was organizing a young professional’s networking dinner called The Point Series. And the more I researched it, the more I was intrigued.

The Point Series, I learned, is a rapidly growing, pseudo invite-only (in a very non-snobby way) networking supper club in NYC. The group, which meets monthly for dinner at a local restaurant, was launched by three young professional rockstars–Will Malnati, restauranteur behind the popular NYC restaurant, Toro; Andrea Cuttler, of Vanity Fair; and Shauna Perlman of United Talent Agency. Why? Simply because they loved connecting people.

After successfully establishing themselves in New York, the group decided to hold their first Chicago dinner at one of my favorite restaurants (!) Sunda.

How exactly does it work?

Walking into Sunda, I wasn’t sure what to expect, and was a tiny bit nervous (you know, not knowing a soul, walking blindly into a dinner will do that to you). But as soon as I walked into the lobby, I exchanged friendly glances with two other girls, and instantly we blurted, “Are you here for The Point dinner, too?” Shortly after, it turned out that two of us follow all of the same dogs on Instagram, so the night was obviously off to a good start.

We were lead to Sunda’s upstairs, where we promptly received a glass of champagne and more friendly smiles from other attendees. (Honestly, using the word “attendees” sounds horribly boring. Let’s just call them “other cool people my age.”

It was a small group with an intentional mix of all backgrounds–creative, sales, marketing, healthcare, entrepreneurship, editorial, hospitality, you name it. The only common requirement is that you must meet the qualification of ambitious young professional in their 20’s or 30’s that has something to contribute to the conversation. Fair enough. I liked where this was going.

To the tune of $50 to cover your food and beverage costs, you get a delicious family-style meal with wine and beer pairings, and plenty of interesting conversation. As dinner progressed, everyone gradually became chattier, often popping around the table to meet someone new and engage in more interesting conversations. The entire point of the dinner is to keep things small, informal, and refreshingly un-structured, so there’s literally zero risk of it turning into one of those networking speed dating functions we all loathe.

Had you asked Malcom Gladwell, he’d tell you we were a buzzing room full of “connectors.” The term “six degrees of separation” has never been more appropriately applied.

Before we knew it, it was after 10pm. Seeing as it was only a Tuesday, we decided that it was time to wrap up the evening. We were then invited (no pressure, only if we enjoyed ourselves) to write down the names and email addresses of two young professional friends who might be interested in joining the next dinner. That’s it, no strings attached.

And that’s how The Point Series grows. Not an open to the public group that requires name tags and elevator speeches, just a room filled with a handful of inspiring people who just like people.

If that’s not a formula for success, I’m not sure what is.

Is it worth it?

Would I do it again? Totally. This was by far the best after-work networking event I’ve ever been to. If you’re a career driven, people-oriented person, this is totally up your ally.

Best case scenario? You meet someone who could change your career (or life, otherwise) forever. Worst case? You just get a really awesome dinner with lot’s of great wine.

On the other hand, if you’d rather sit on the couch on a Tuesday night and not talk to anyone but your cat, I totally don’t judge you, but this probably isn’t your cup of tea.

Want to learn more about joining The Point Series? Stop by their website and fill out this contact form.

Don’t have a supper club in your area? Maybe you should start one! What’s stopping you?

What do you think? Would you join a networking supper club?