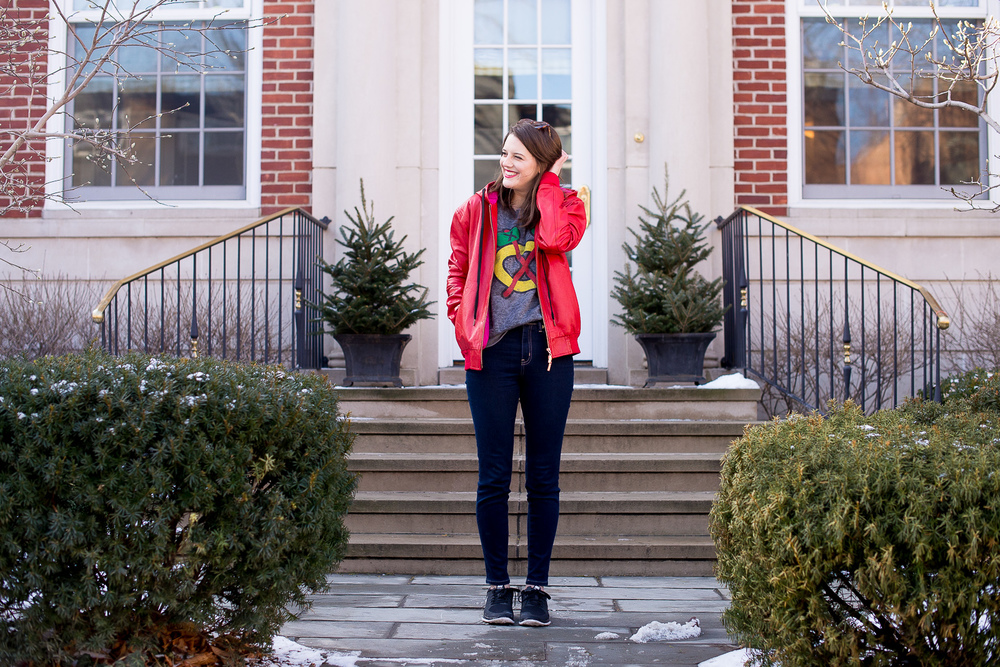 Okay, we’re not talking about THAT game day on GG today. Wrong sport, actually! I have absolutely no interest in the Superbowl this year aside from the food and the commercials. (Seeing as I’m a Packers fan. Sad day.)

Here in Chicago, HOCKEY is a really big deal.

I honestly didn’t even know people actually liked hockey until I moved to the midwest. I thought it was in the same category as soccer. One of those things people take their kids to when they’re little but that nobody really likes to watch on TV.

OBVIOUSLY I was wrong. I then started dating a die-hard Blackhawks fan, and it became problematic that I didn’t have any hawks gear. To be honest, I really like attending most sporting events solely for the beer and the food, so I was skeptical of hockey, but it turns out, hawks games are actually pretty awesome. (Yes, I put that in writing.) So clearly, I’ve really been needing some official gear.

Fortunately, Sporty Threads, a new Chicago startup, reached out to me! (Finally, someone makes cute sports clothing for women!) This off the shoulder sweatshirt is also super comfortable. I would wear it any day, even if the Blackhawks weren’t playing! It just might be my go-to couch-louging sweatshirt this weekend (I’m clearly boycotting the Seahawks). They have a bunch of other teams, too! Including NHL, NFL, MLB and NBA– like this adorable Bulls tee!

Be sure to enter the code GOLDENGIRL for 20% off through February 14th! 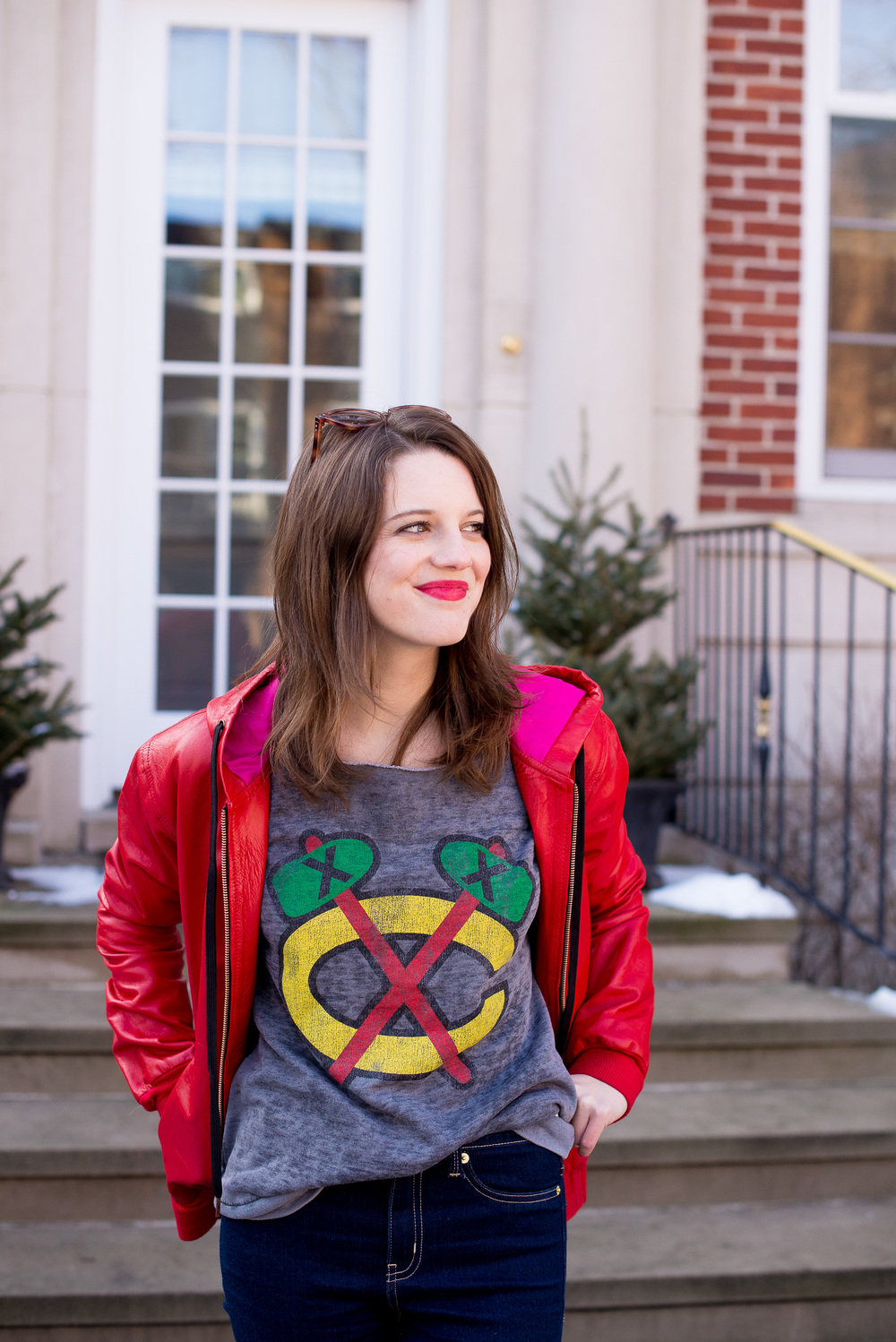 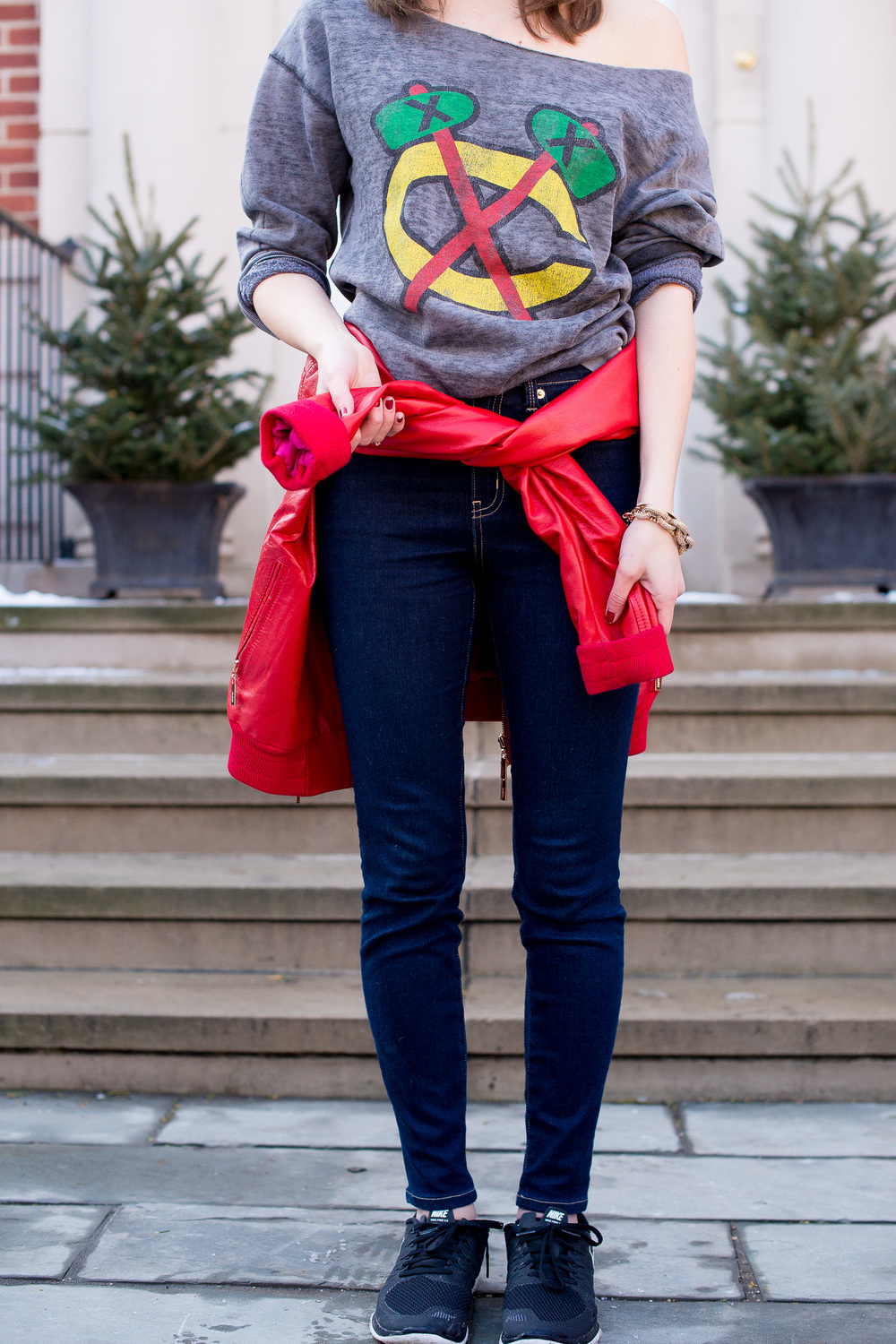 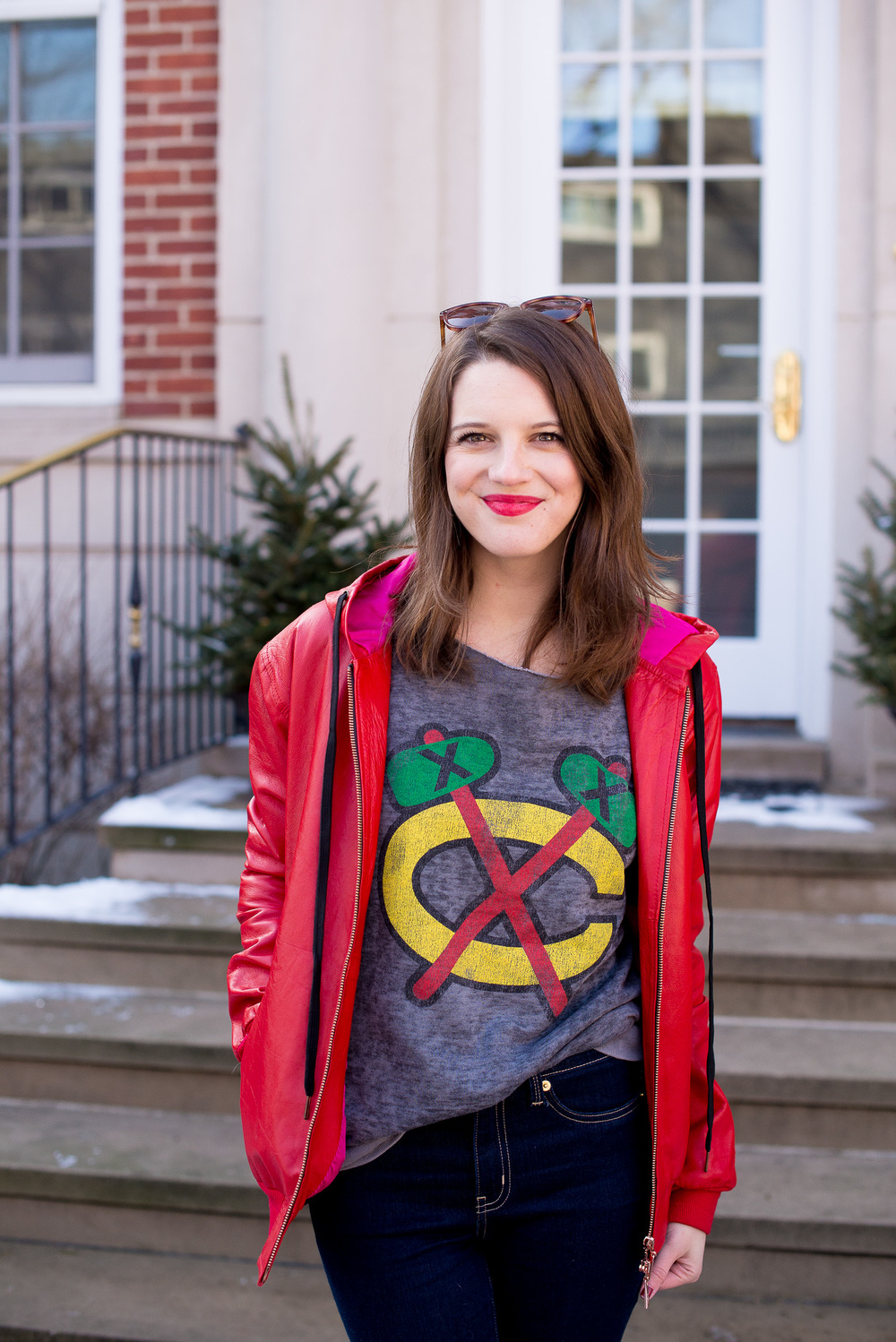 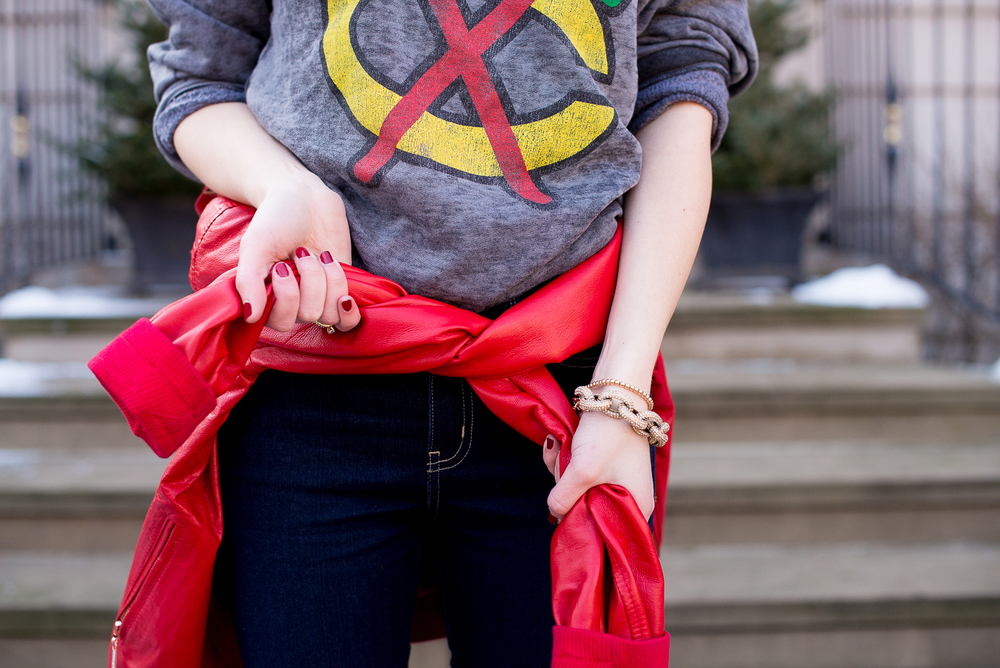 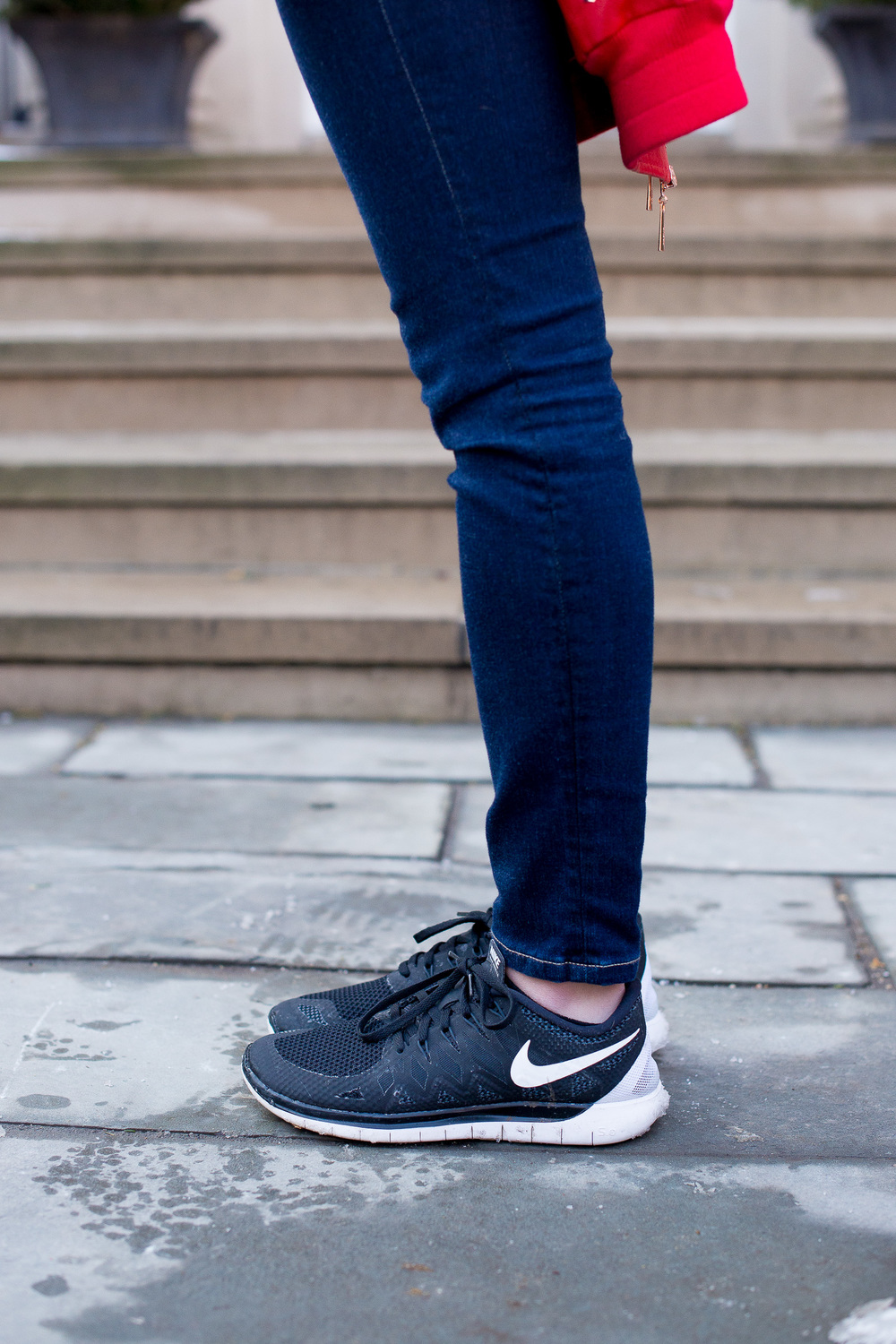 Have a great weekend, errrbody!