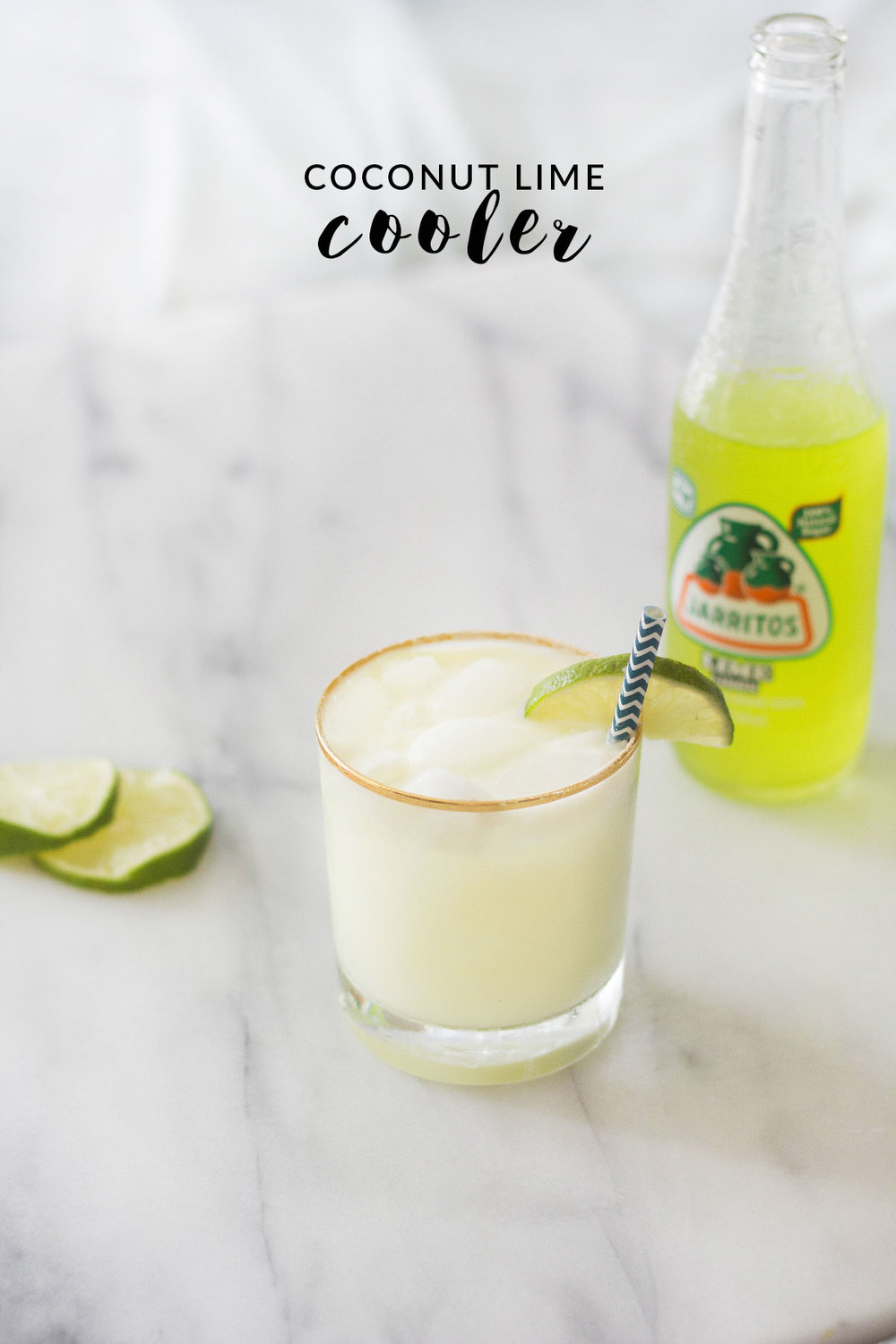 You guys know I get weak in the knees for coconut flavored anything. Chocolate ain’t no thang, but I’ll do just about anything for coconut. So when Rums of Puerto Rico (yeah, that’s a thing–did you know Puerto Rico is the rum capital of the world?) reached out to me and wanted to pair up to create a perfect summer cocktail–I knew I had to make something with coconut. What goes better with delicious Puerto Rican rum than coconut?

So Neal and I brainstormed and came up with the Coconut Lime Cooler. It’s like a vacation in a glass, and very easy to make. (Although Neal is pretty talented when it comes to crafting a great cocktail, my shaking and stirring skills are pretty basic at best.)

Neal (aka resident mixologist) is pseudo famous for his mojitos (coming in a different post soon!) and he always prefers to use light rum of the Puerto Rican variety–he claims it just tastes better! So for this recipe, we did the same, and used Bacardi.

If you’re a history lover like us, you’ll want to check out the new series on The History Channel, called The Rum Times, also sponsored by Rums of Puerto Rico.  It’s a mini web series (posted below, just to give you a taste!) highlighting the backstory of some of the world’s greatest achievements–like the invention of the lightbulb or the camera, but through the angle of the parties that were thrown to celebrate them. As they say, behind every milestone, there’s a great party!

I couldn’t agree more. So, naturally, we created a drink that’s a party in itself!

Ready to make it?

Combine the following into a cocktail shaker, filled with plenty of ice.

Give it all a good shake, and then strain into a glass filled with ice. Top remaining part with your favorite lime soda (Jarritos is my favorite!) and garnish with a lime wedge, and a sprinkling of sea salt! ** This cocktail post is brought ot you by Rums of Puerto Rico . All opinions are 100% my own. Thank you for supporting the partnerships that keep GG going!**

One romper, 3 ways–plus an event tonight at J.Crew! »