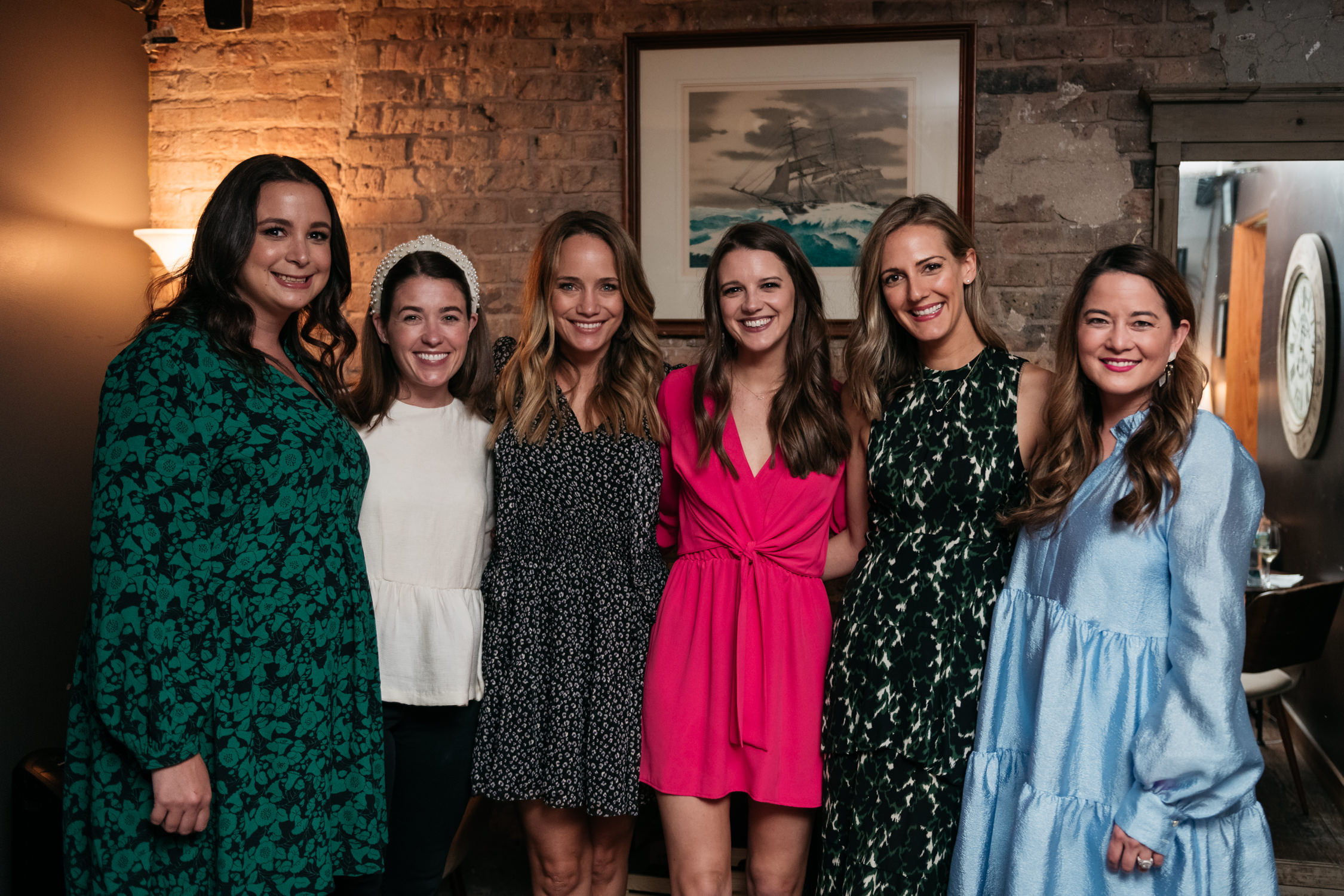 Wearing this adorable Topshop dress and Loeffler Randall gold Penny heels. (Expensive but I am obsessed with!)

EEEEK who came to the Bad on Paper Podcast Live Show last week at City Winery!?

It was SUCH a fun night, and we just got the photos back from Melissa so I couldn’t wait to share a recap for those of you who missed it! Not only was it such an honor to be invited to participate. But meeting so many of you in person was TRULY the highlight of my week. Month. (Year!)

Backing up–if you’re new to Bad on Paper–I’ll catch ya up. ?

Bad on Paper is one of my favorite podcasts, co-hosted by my blogger friend Grace (of TheStripe.com–a blog you will LOVE following if you don’t already!) and my new friend (who I know solely through Grace and because I forced her to be my fake friend turned real friend via Instagram)–Becca.

I have been a big fan of Grace’s for years. I read her blog before I even started my own, but we finally met in person last year on our Kentucky Derby trip with Vineyard Vines. It was right before (or right after?) she launched their first podcast episode and I can’t believe how quickly it took off!

It’s easy to see why it caught on so quickly (and why I’ve been a fan since day one!). Each episode is so interesting, engaging, and feels like you just caught up with your besties over a glass of wine! They do some fun “book club” episodes, but also host some pretty impressive guests for their interview episodes! 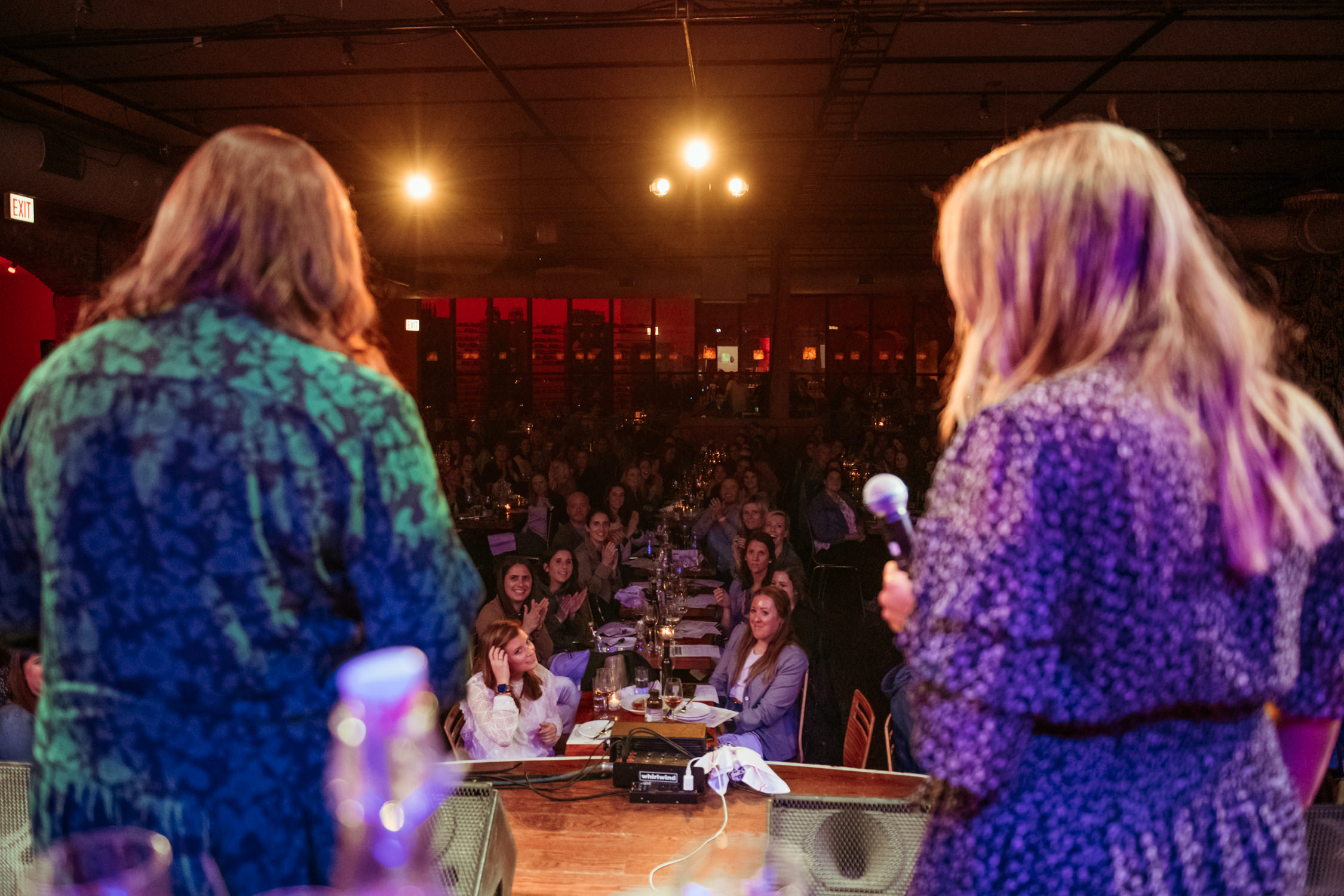 Here are some of my favorite episodes of BOP, if you need somewhere to jump in:

Ep #47: An interview with Alyssa Mastromonaco:

White House Deputy Chief of Staff for Operations for the Obama administration.

I loved listening to her INSANE journey about what lead her to create her namesake clean beauty label, and her positive attitude is infectious!

I think everyone can relate to this episode!

Ep #55: An interview with Linda Wells:

I absolutely adored this episode and hearing how Allure magazine got started. I think every mid to late 80’s baby grew up fawning over every page of Allure and I really fangirled getting to hear the behind the scenes of how it all began, and the amazing career lessons that Linda shares!

Anyway–Grace and Becca decided to take their show on a live tour (isn’t that cool?) and Chicago was their first stop! I was so honored to be invited to participate as a guest panelist, along with my fellow Chicago blogger friends Anna, Jenn, and Liz! (Who are all just as lovely in real life, if you’re wondering!) 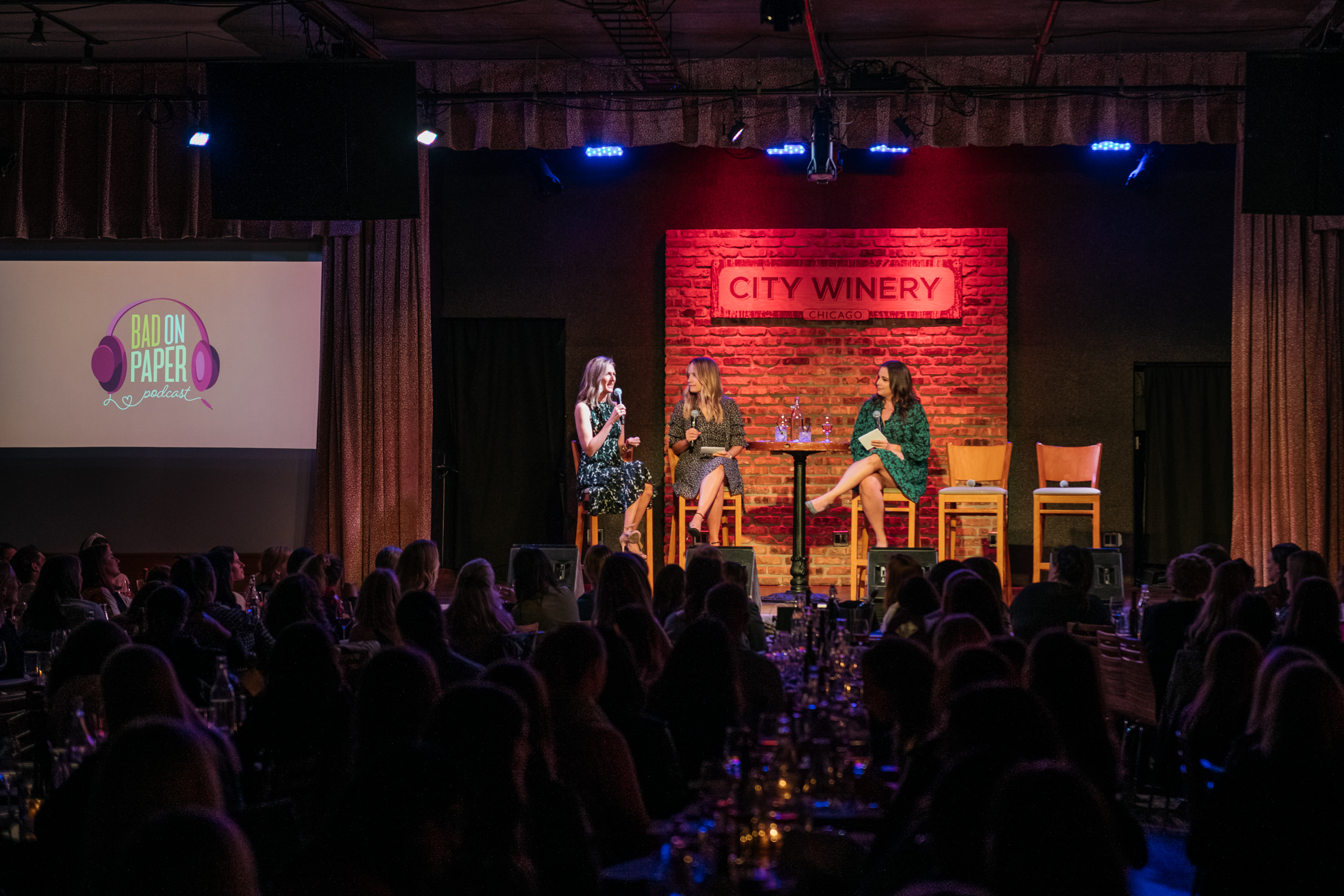 First up, Anna, Grace and Becca talked about books:

What Anna’s favorite read was this year (Educated by Tara Westhover; an incredible story; I concur) and her least favorite book (Crazy Rich Asians–WHAT?! But she said it’s because it was too hard to keep up with all the characters; which I get) and they talked about how much they were all obsessing over The Idea of You (Going on my list next!) 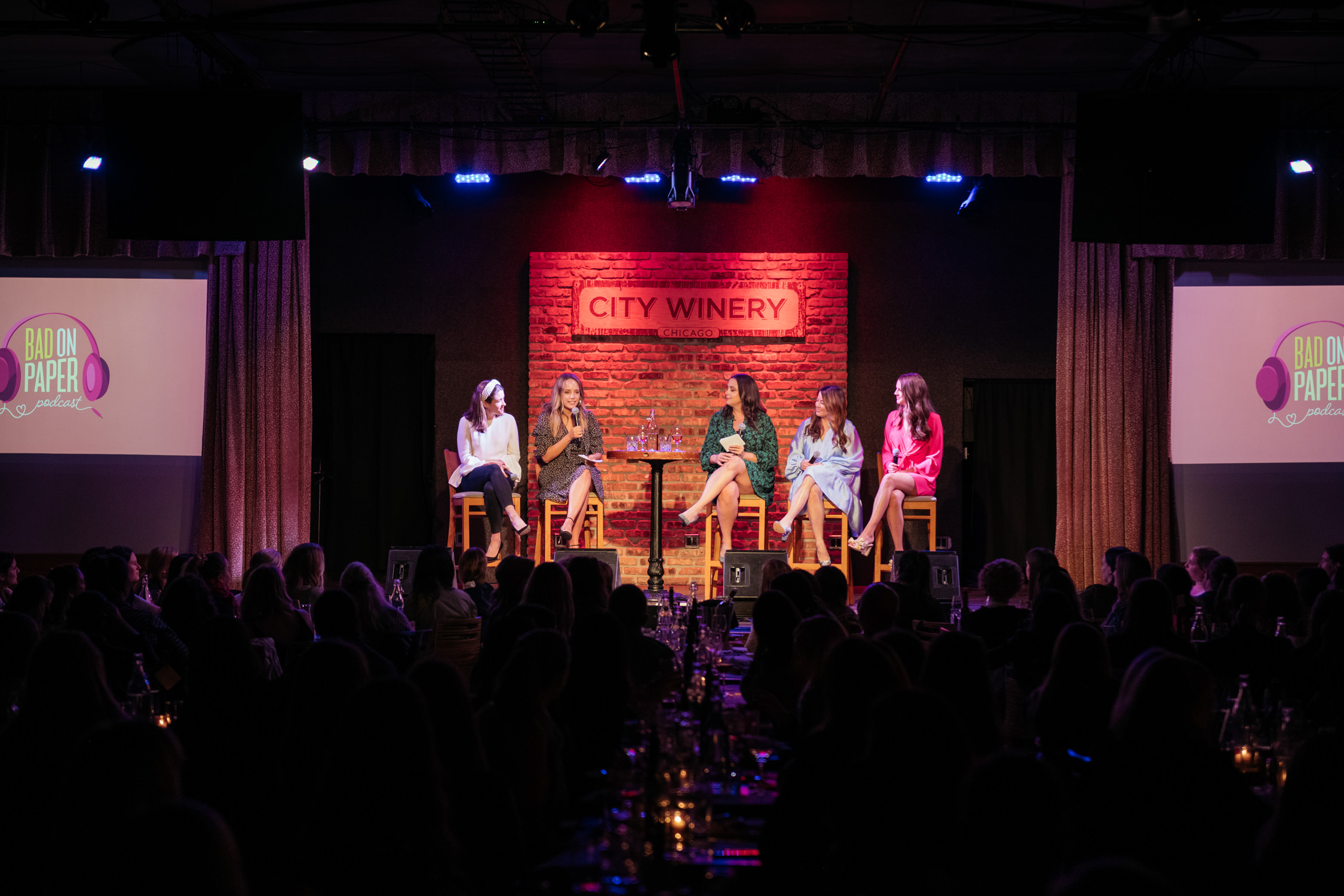 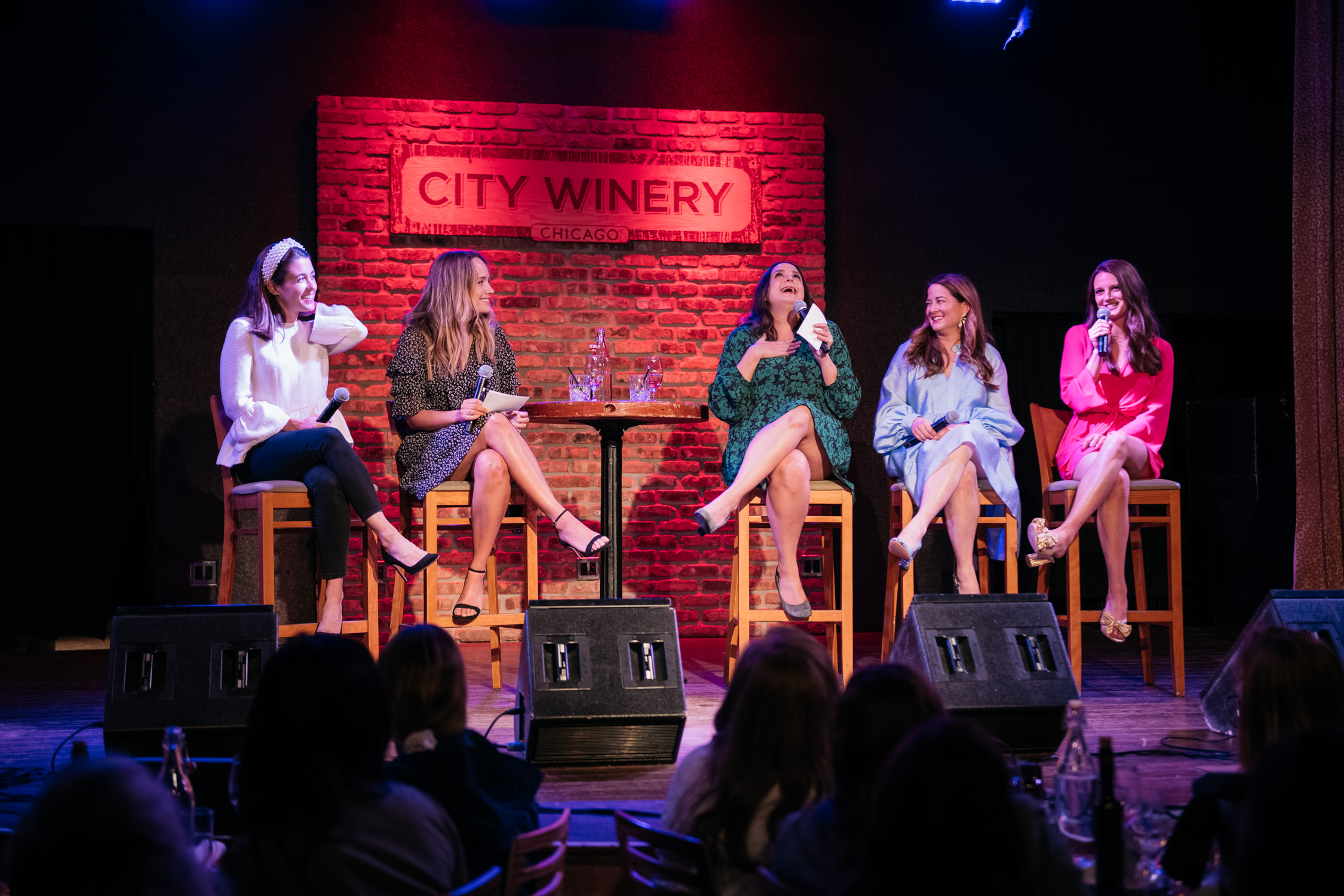 Second, Liz, Jenn and I chatted with them about female friendships:

From making new friends as an adult (group texts and doing your best at making time for phone calls are what work for me!) to friendship breakups (Jenn said she actually has broken up with a friend, Liz and I were more in favor of the slow fade ?). And, how marriage and kids can affect your female friendships.

I also shared a story about how it’s helpful to have a friend you can run your silly marriage arguments by, so they can tell you if you’re being crazy. (I.E. Me and Kelly. One time I cried to Kelly about how Neal didn’t want to buy white towels when we moved in together, even though all I’d ever dreamed of was having a pretty matching set of white fluffy towels, and it turned into a big fight. Kelly told me that yes–absolutely, I was crazy–but that I should just buy the freaking towels. We still have white towels.) 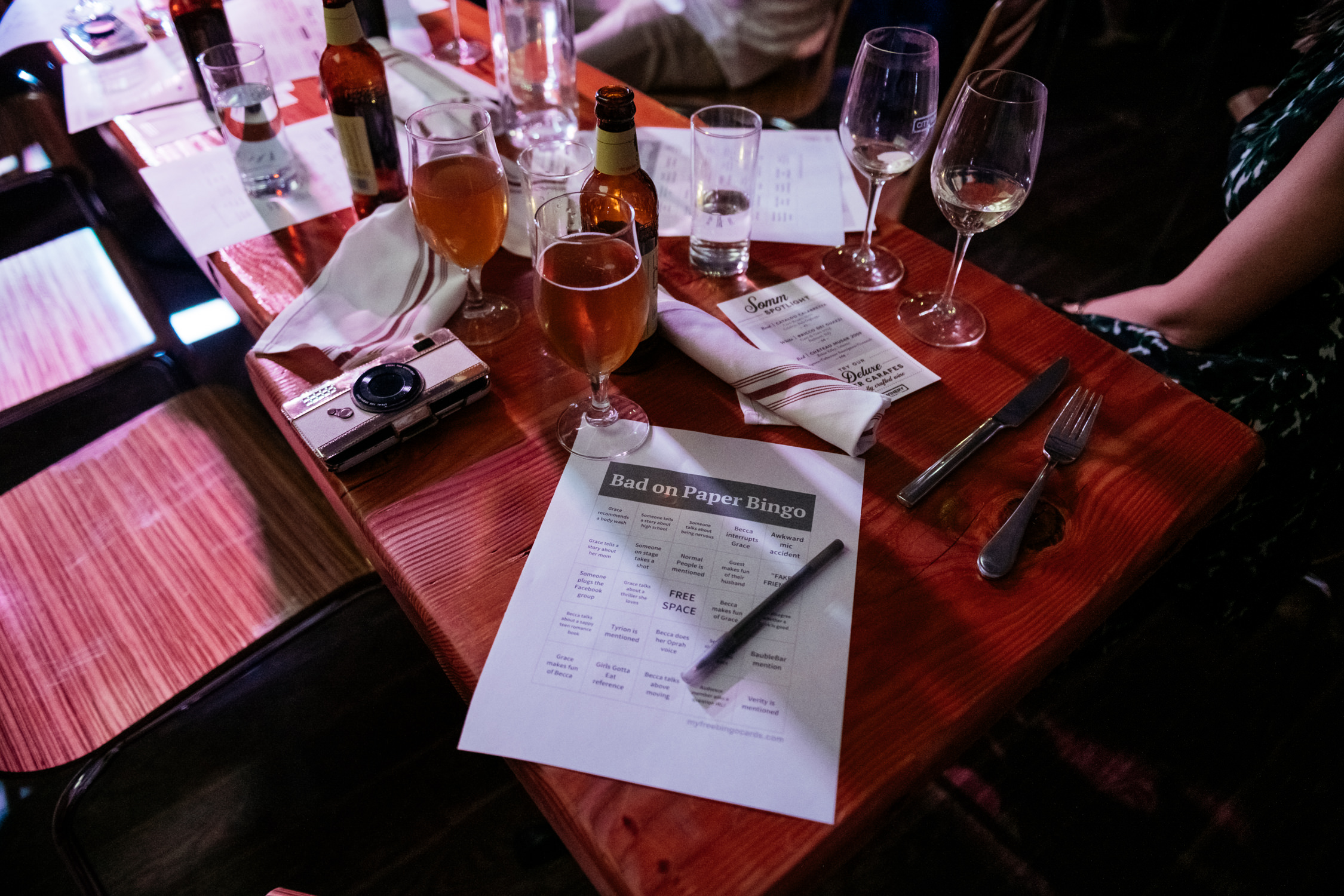 They also had Bad on Paper Bingo which was hysterical. 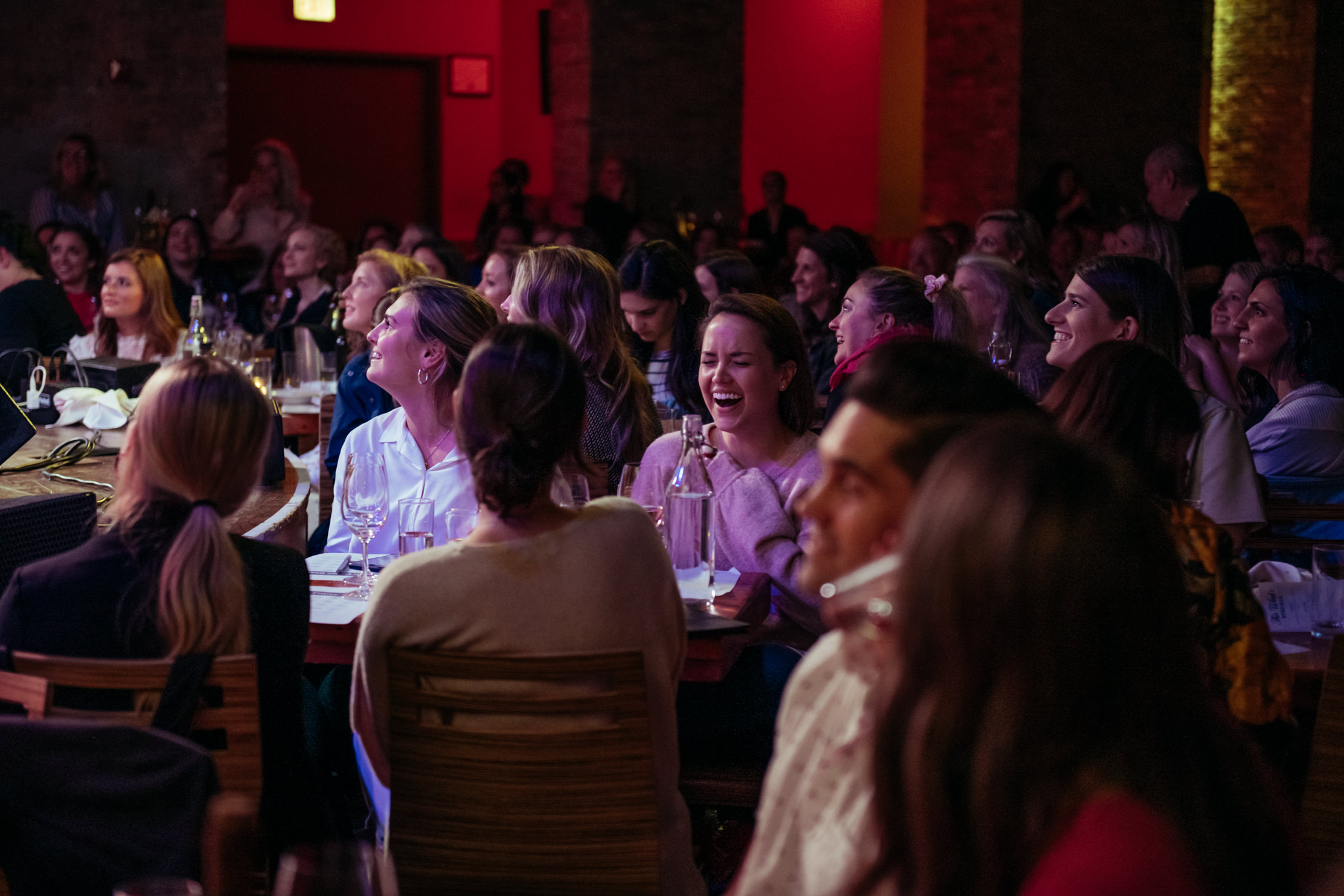 Lot’s of laughs to be had. My abs hurt and my face was sore from smiling at the end of the night. 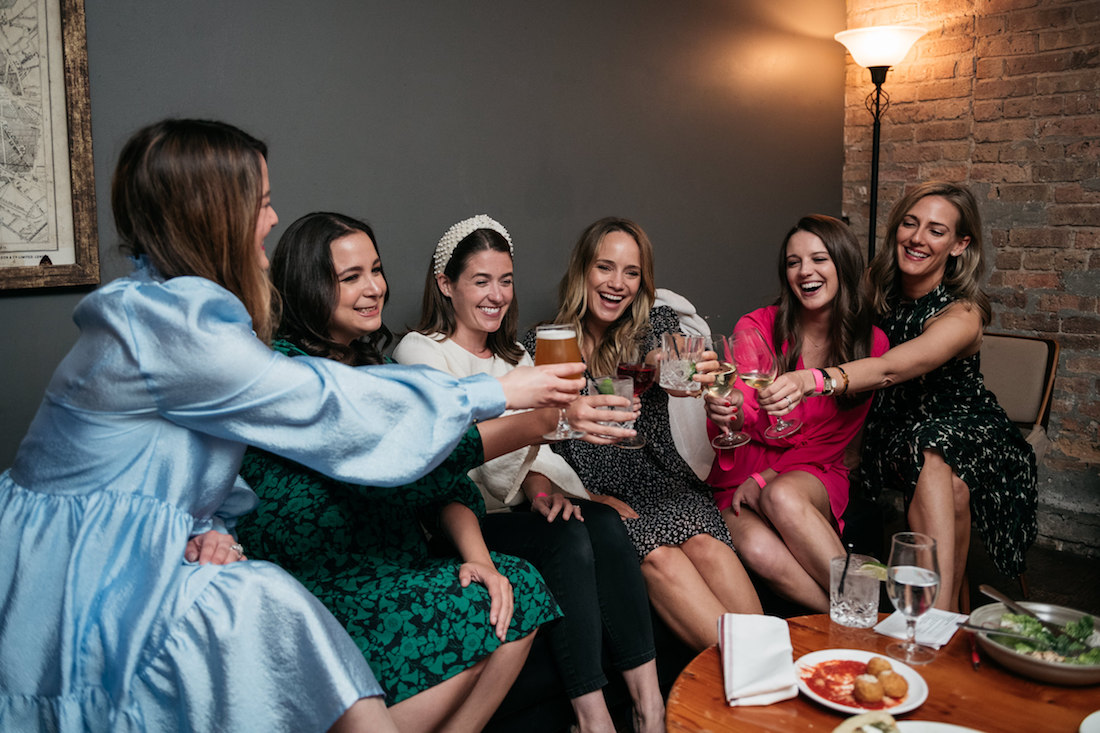 We had the best time! Thank you to all of you who came out to see the show. It means so much to meet each and every one of you in person. Also, thank you again to Grace and Becca SO MUCH for including me! It was truly such an honor and so proud of what you’ve accomplished with the podcast!

Do you live in DC, Boston, Charleston, or Nashville!? The BOP Live Show is coming to you next! Make sure to snap up your tickets ASAP. They’re selling out fast!

« At what point in life will we “have it all together”?